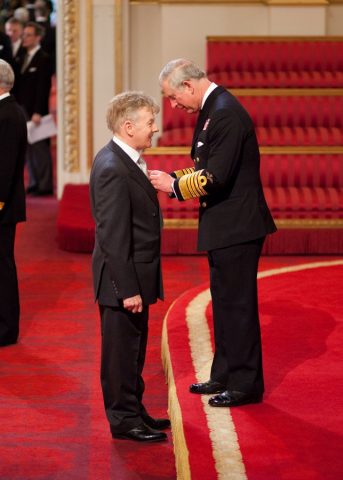 Following his nomination in the Queen’s New Year’s Honour’s List for an MBE, Vincent Hayes has attended Buckingham Palace for his investiture.

Vincent was joined by his wife, Joanne, and two daughters, Erin and Lucy (pictured below). After the ceremony, Vincent popped back to the Music Hall for a matinee show. During the show, he was presented with a special MBE cake, made by Front of House Manager, Suzanne Plumb. 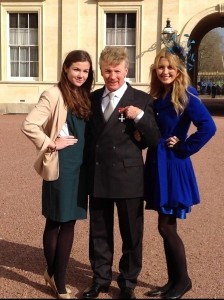 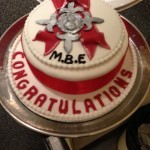 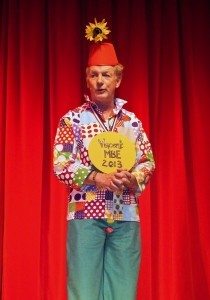 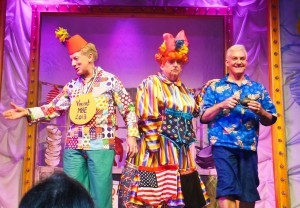 Vincent has been overwhelmed by the messages of congratulations that have been received from customers and friends of the Music Hall. We are all extremely proud that his efforts over the years to establish Brick Lane Music Hall without any form of public subsidy and to create a theatre that genuinely serves a community have been recognised in this way and that music hall itself has been recognised at this level.

There is more to read about this in our new 2013 programme. You can pick up your copy next time you come to a show!